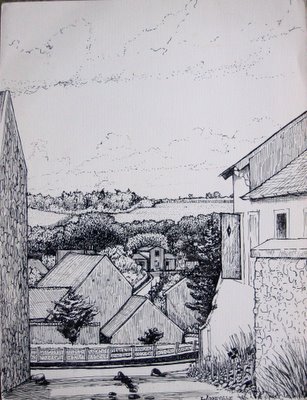 This is a drawing I made in Labbeville in France back in 1967. I had been in prison in Morocco and was afterwards thrown out of the country. I was broke but not ready to go home, it felt too much like defeat. With my last money I took the train to Algier: 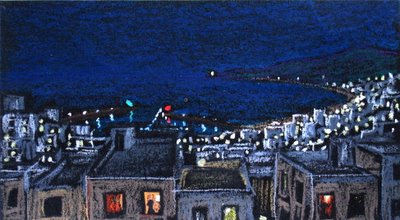 From there I headed south hitch-hiking.
I arrived in the oasis of Ghardaia at 2 in the morning, slept for a while, and went to the marketplace at about 7am when it began to come to life: 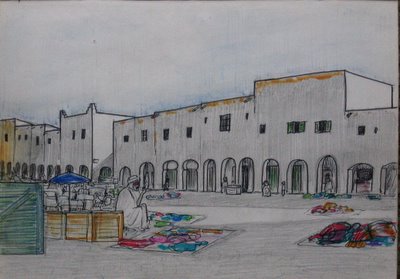 I stayed in Ghardaia two blistering hot months and became caretaker of a big ugly house where my job was to water the small seedling plants in the sandy garden. I slept on the roof under the brillant stars, and when the days heated up I enjoyed to cool down in the water reservoir.

I found a customer for a portrait and soon it was known in town that I painted portraits. One man had a blurred picture of his deceased father and wanted me to make a picture from that. I began to paint directly on the photo and out of the blur a face grew. Was it the fathers face? I had no idea but there was no way back. It was with some trepidation that I delivered the picture, but the man, whose father had been dead 40 years, obviously didn't remember how he looked and was satisfied with my version.
Here is one of the portraits I did that was not picked up: 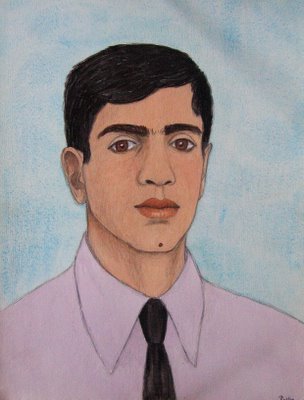 I got in a partnership with a local painter and did a big painting for a hotel in the desert. When I came to se it in place, it was signed «Soliman» with a flourish. I had my artists pride and objected to his signing of my work. That cost me both my job and my pay!
Luckily some money had arrived from home, for I had had enough of my solitary life. Still, I was not quite ready for home, and that's how I ended up with my friends Gunnar and Anne Marie in Labbeville. They were both artists and after all my hardships it was comforting and inspiring to stay in their house.
Here you see them both working: 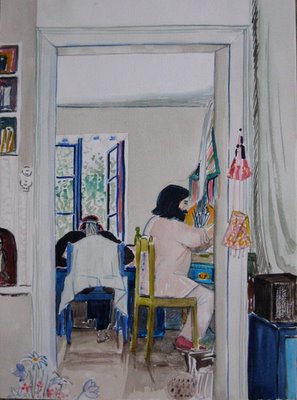 This is another picture from the French countryside near Labbeville. This is from my second visit, for I came back for Christmas about three monhs later. 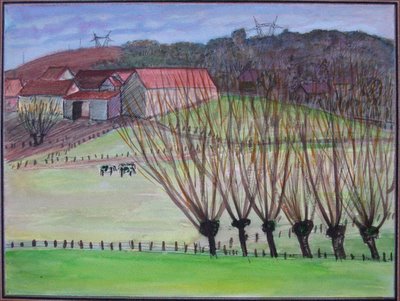