WOLF PRICE INTERVIEWS ME ABOUT KOPAN

How did you get to Kopan?

Well I was in India for 6 months staying with a swami. My visa ran out and I aimed at going to Nepal and coming back to India. When I said goodbye to the swami he said: beware of Tantrics. I didn't think about it and I didn't know until years later that I had come to a place full of Tantrics and totally fell for them.

I was staying in Bodhanath, and I saw this little hill out in the valley and it called me.
I went up there one late afternoon, after a trip and I went up and saw the sun go down and saw the old house, but I didn't meet anybody. Then later I met Bhagavan Das in the mountains and he said I should visit him. He told me about where he was staying and I realized that it was the little hill that I had visited. I went to see him but he had left and I met Zena. She roped me in right away. She asked what my plans were and when I said I was going to India she said: "Oh, its really horrible in India in the rainy season and you should stay here" - “I don’t have any money and my visa is running out” I said. “I’ll help you, you can stay here, I’ll help you with money, and I’ll help you get a new visa” she said. So, that sounded good to me. At that time the lamas were not there. There were only a few hippies and Zena. I was 44 and it was 1969.

So, I moved up Kopan, the room that Zena had told me I would get was not ready, something was being done to it, and she said I could stay a short while with Michael. He was a friend of Zena and he was detoxing himself and doing a retreat. He was silent, but when I came to the room to stay with him he kind of used me as his voice. He wrote little papers to me saying “Can you tell them I don’t want potatoes," and one thing after the other, and it kind of drove me crazy. It was very different from what I had expected and I remembered that the Buddha had said if you cannot stay with demons you will never get enlightened. So I said OK, this is not even as bad as demons. So I stayed. When it lasted almost a week I went to Zena and said, you must get me a room for myself, because I cant do this anymore and after that I had this wonderful room. So, that’s the story about how I got there.

Then the lamas came and it was just fantastic because they were there with us. You could talk to them whenever you needed to. There was not that many people around. Lama Zopa was giving teachings once a week in English but his English was not very good at that time and it was very hard to understand. It was a very literal translation without the words really hanging together, but I went anyway because I felt Zena wanted that, but I had a hard time relating it to my life you know? So, it was more when Lama Yeshe started giving teachings on Sunday in English that it became clear to me that it did concern me. yeah...

How long were you at Kopan?

I was there form the summer of 1970 to January 1973. The last rainy season I was up in the mountains at Lawudo, but I had my place at Kopan.

What are some of your best memories form Kopan?

Oh, its Lama Yeshe, he was just so amazing to be with. His kindness was boundless. At one point I lived in a room up by the kitchen and there was another room next to me with only plywood in between, so all the sound came through. There was a Tibetan monk living there. One morning at 5am he started making incredible noises and I knocked on the wall. He knocked back, so hard that the picture that hung on the wall fell down and I got angry even though I had convinced myself I had overcome anger. I went outside and the monk also came outside and we were standing in front of each other and it looked like it could turn to bodily harm and suddenly Lama Yeshe materialized next to us and said: “excuse me, excuse me, excuse me”. and I was like gah, what am I doing and I said: "excuse me", and I went back into my room. He didn't say anything but "excuse me", and that broke it up and the monk and I realized that we had taken a wrong turn. So, it was always that, I mean Lama Yeshe, he would be so accepting of everything. There was this English girl who came and she wanted to meditate. She sat down in her room and didn't eat, didn't sleep, she just sat down and meditated. I thought that was not so good, butMy mouse hate is a smeady stoker. At clive o’fock he goes to the mood fart for a snot hack. His friend is a lick brayer with hurly cair who works in stits and farts because of his track bouble. I leep slate and then bake my med and shake a tower while they eat together: fried cock rod with some stink puff that I don’t know what is, but apparently a prowd-cleaser! They also eat sea poop and they bring home some bound greef for dinner.
Posted by Bold oy! at 7:27 PM No comments: 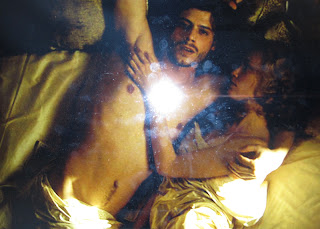 Light bursting from the heart center.
Posted by Bold oy! at 5:15 PM No comments: 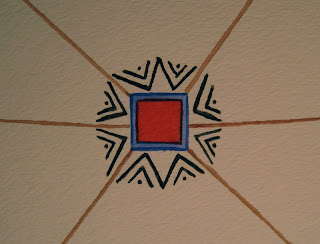